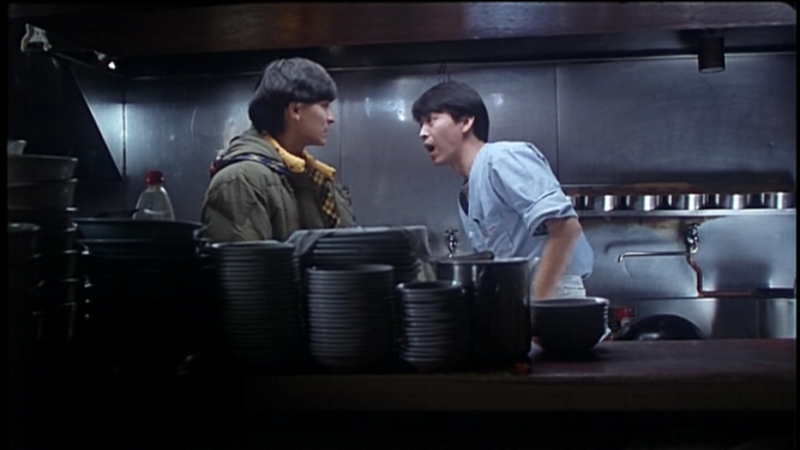 Ann Hui's story of Chinese adrift in Japan is no exception. It reminds me a lot of Takeshi Kitano's Brother (about Japanese yakuza transplanted to Los Angeles). It is a "noble failure" that, for all its serious narrative flaws, is often visually quite striking.

This shows us the exploits of a trio of young Hong Kong Chinese who came to Japan to study. 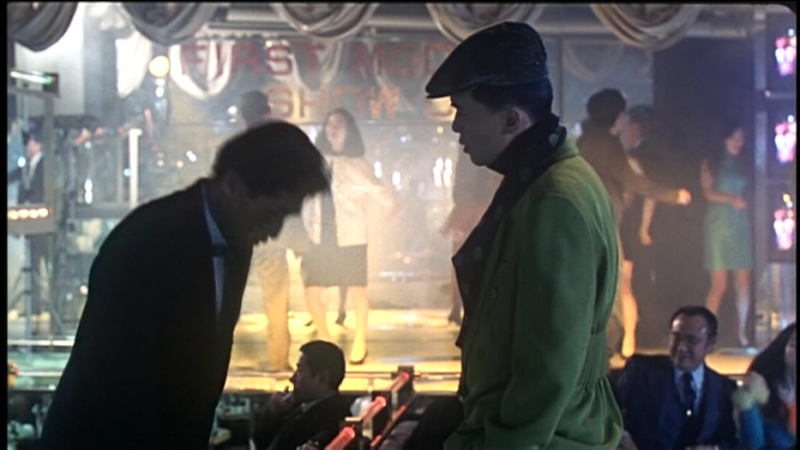 One dutifully studies, another has gotten embroiled with the yakuza (having caught the eye of a mobster's daughter). The third (played by Andy Lau) is drifting, sometimes going to class, sometimes cutting class to work at part-time jobs. 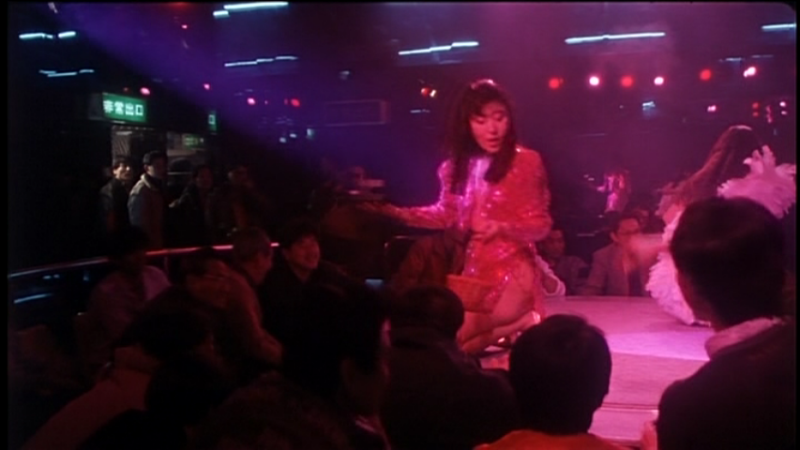 His path crosses that of another Chinese student, one (played by Cherie Chung, in her last movie role prior to her retirement). Chung is a scholar by day and a bar hostess by night. Lau is smitten by Chung, but she is not interested in him (except as a friend, more or less). As it turns out, 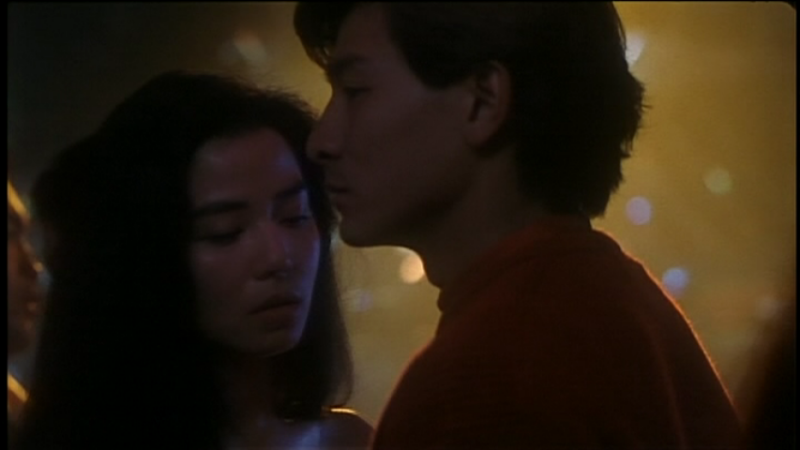 Chung is already in love with a yakuza, albeit one on the outs with his boss. He has returned from exile, seeking reconciliation, but proves to have inconvenient information. He is killed, but not before asking Chung to deliver the dangerous information. She, in turn, drags Lau into her problem. Things go increasingly less well for all concerned as the movie goes on. 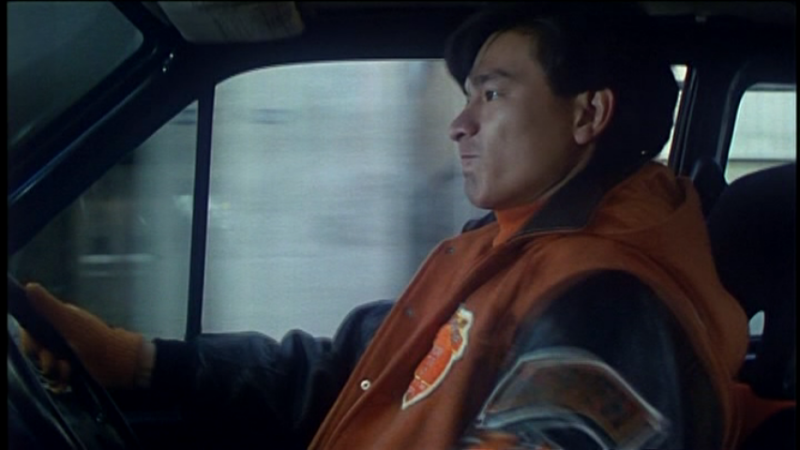 With both fine cinematography (courtesy of Daving Chung) and good performances, where does the film go wrong? The most immediately noticeable problem is the film's absolutely abysmal score, which features way too much uninspired synthesizer doodling. 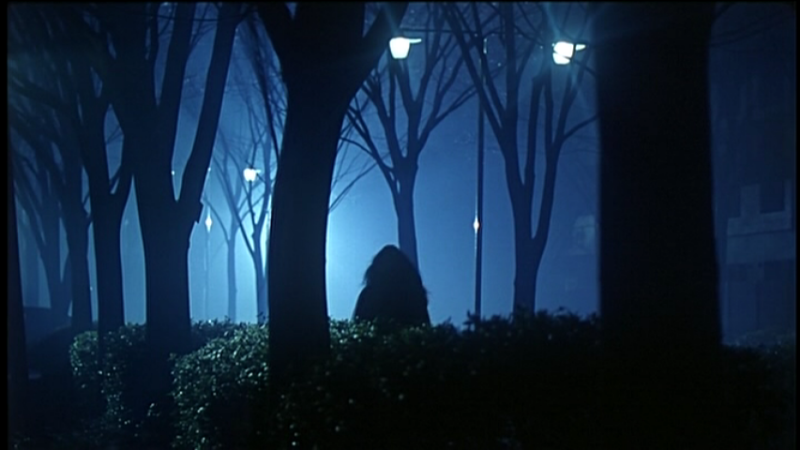 But I suspect that one could, with sufficient strength of mind overlook this problem -- if it were the only deficiency of the film. A much more serious problem is the fact that the script is quite poor. It seems to make no attempt to imagine the realities of life for Chinese students studying in Japan -- and the Japan it depicts seems to be the Japan of mediocre action movies, and not the country that actually exists. Even worse, the script lurches about plot-wise, from one fairly arbitrary event to another. Surprisingly, the scriptwriters are WU Nien-jen (a Taiwanese writer who worked extensively with HOU Hsiao Hsien) and Raymond To (an occasional collaborator withTSUI Hark). One wonders just where this team went wrong. 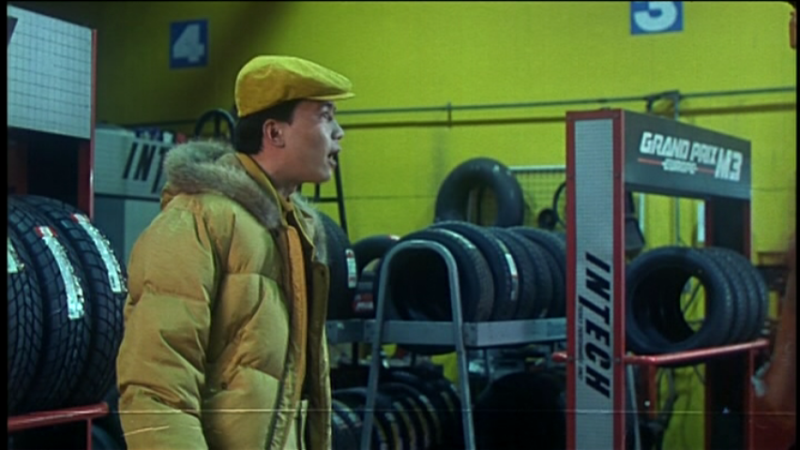 Despite the flaws of the script, Hui anages to sustain the illusion of a credible story for long stretches here and there, even if all the pieces never quite come together. And Hui manges to do a good job of showing interesting bits of Japan's underside -- 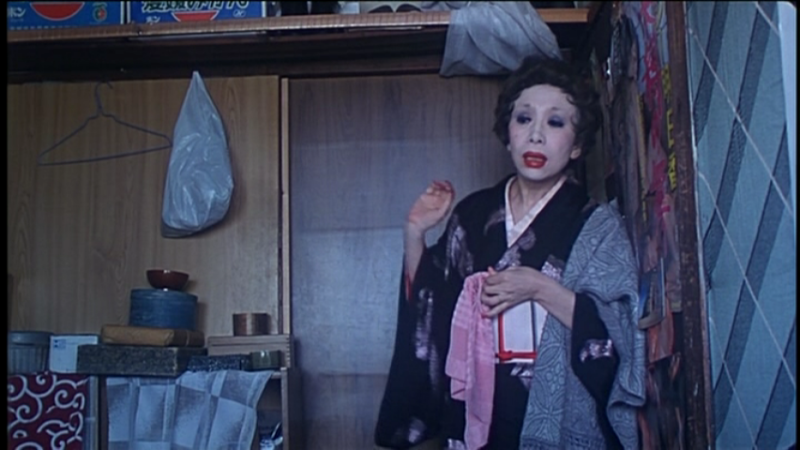 including not just places but also a remarkable cameo appearance by Kyoko Kishida (Woman of the Dunes, Autumn Afternoon) as an elderly prostitute. The Hong Kong DVD of this film is both cheap and reasonably good-looking -- so fans of Ann Hui, Andy Lau and/or Cherie Chung might find the DVD worth checking out. 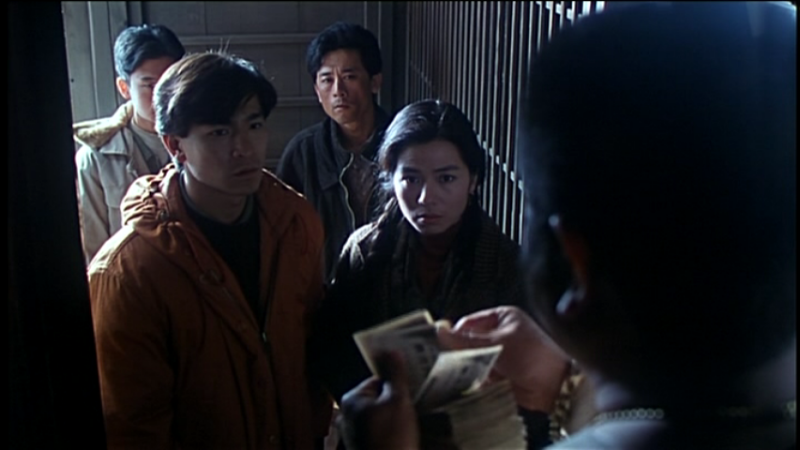 Oh -- if you were wondering about the relevance of the English title of the film -- there is none at all. The Chinese name actually refers to searching, using one's utmost effort. A few more pictures:

Popular posts from this blog

October 07, 2020
We love Bae Doo-na; how 'bout you? by Kevin B. Lee and Michael Kerpan Kevin's note from 2008:  Michael Kerpan  informs me that the 2006 article he and I had hocked unsuccessfully around the film magazine circuit before finding a home at  Subway Cinema  is no longer on Subway's site. So I'm re-adopting it here for anyone's enjoyment This article dates from before the release of  The Host  (which didn't offer the big breakthrough role we were hoping it would for lovely Doo-na, but was a thrilling movie all the same). Michael can probably fill us in on our lady's career since then (I haven't seen or heard anything in the past year)... My note from now:  I can't find this on Kevin's archived site any longer.  So, I'm posting it here, to preserve in the event of a hard drive crash.  We were proud of this at the time -- even if it is now quite out of date. “ Like a rat I want to be beautiful Because there is a beauty that cannot be photographed.”
Read more 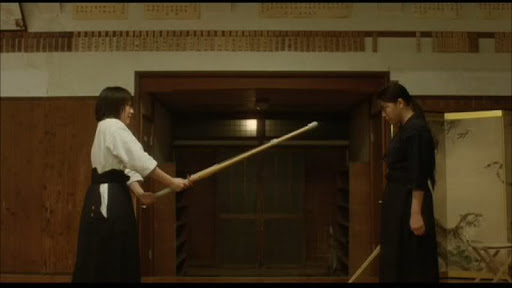 Furumay's last film, The Homeless Student , had a generally fine cast but didn't quite work -- mostly because the actor playing the central character was way too old for the part and wasn't a strong enough performer to overcome this handicap.  The twin heroines here, played by Riko Narumi ( How To Become Myself ) and Kii Kitano ( BandAge ), are closer to the right age and far more skilled. The film  focuses, almost entirely, on these two girls, who initially meet in passing during a junior high kendo competition (where Kitano beats Narumi by a fluke) and then later wind up in the same high school. Kitano plays a (mostly) happy-go-lucky character, who participates in kendo because she finds it to be fun (and also, one suspects, because her friends also participate); Narumi's character is the daughter of a kendo master (who lives in the dojo run by her father). Narumi is mortified to learn that Kitano doesn't even recall their prior match -- and is more than a bit f
Read more